As a young child, I lived on a dairy farm at Whananaki. I had a wonderful (magical) childhood, which included rearing calves for calf club day, making huts in the sneezy hayshed, gathering chook eggs, and looking for fairies at the bottom of the garden. I was/am crazy about cats, and my best pal was a black cat (typically magical) called Sam. At this stage, my brothers hadn't joined the family to make me share my parents, so I had nobody nearby to play with and not even a television. Sam and I had many escapades together. My Mum and Dad spoiled me with books, and I read voraciously from an early age. This led to my wanting to write my own stories, which I then read to my parents, my dolls, and long-suffering Sam as he lay in my doll's pram.

Later, our family shifted to Kamo, Whangarei, where I finished my schooling. After I left school, I waited for my Fairy Godmother to come and zap me into a glamourous career. She got waylaid, so I enrolled in Business College and, after graduating, worked as a legal secretary. (Not that magical). 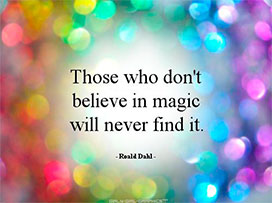 I married my teenage sweetheart, and over the next few years, became a busy mum of three kids. (Remarkably magical).

Our family shifted to Auckland in 1998. Over the years, I scribbled away about this and that, the good, the bad and the silly times. My teenage son nagged me to send some of my stories away to children's book publishers. After many rejections, I abandoned that bright idea. A year or so later, I was happily surprised when Scholastic contacted me. They offered to publish my story 'Cindy and the Lost Jandal' to launch their 'Kiwi Corkers' series in 2009. (Incredibly magical).

I have since had ten further books published in the Kiwi Corkers series, which tell traditional tales by drawing on New Zealand themes and kiwi icons. I've also had six other picture books published. I particularly enjoy writing with rhyme and rhythm, interesting words, and a sense of humour. 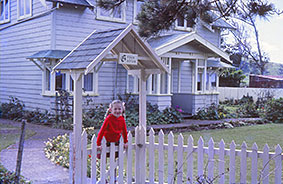 Apart from having fun doing this, I especially love hanging out with my family, which now includes two delicious grandchildren (totally magical).

We shifted to Warkworth at the end of 2016. I am endeavouring to grow fruit trees, vegetables, flowers, cats… and lots more stories! 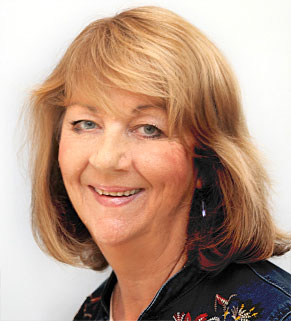 What was your favourite book growing up?
My favourites were all the classic series like Heidi, Pollyanna, Anne of Green Gables. I also adored any story that had magic in it. I had a black cat who was my best friend and I thought I had magical powers and that fairies lived at the bottom of the garden. (I still do.)

Who inspired you to write?
I've always enjoyed writing and my family cheered me on and actually laughed at the silly poems I wrote. Then one day my son, Jase, and I were looking at a children's picture book and he said "Mum, YOU could do this." And I thought "Maybe I could!"